We were recently commissioned by Magnetic Automation to perform a crash simulation on one of their rising step barriers, using Finite Element Analysis (FEA). The rising step barrier is installed at site entry roads to prevent unauthorized vehicular access, and must be able to withstand the impact of a vehicle hitting the barrier at speed. 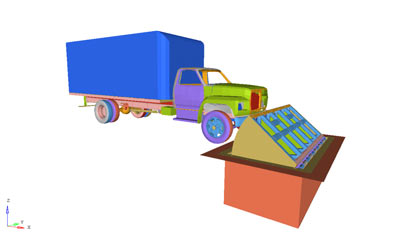 Magnetic wanted to assess how their barrier design would perform to PAS68:2010, which is a standard test specification for impact testing of vehicle security barriers. In this case, the test involved a 7.5T truck hitting the barrier at 64km/h. FEA was chosen to assess the design due to the expense of a physical test, which would cost hundreds of thousands of dollars to perform.


We used a deformable model of a full truck assembly to give the most realistic results possible. To simply impact the barrier with a rigid mass would transfer too much energy into the structure, and would lead to an over engineered design.

Our assessment of the original design highlighted an issue that needed to be addressed. During the impact, part of the structure collapsed, allowing the barrier to move rearward enough to disengage the stops on the front of the barrier. This meant the step could then over rotate and potentially allow the truck to travel over the barrier.


Armed with this knowledge, we worked closely with the engineers at Magnetic to redesign this part of the structure so it would provide increased stiffness, with the minimal amount of change required to the overall design. As you can see below, this relatively simple change to the design dramatically improved the performance of the barrier, stopping the truck on the approach side of the step as required. 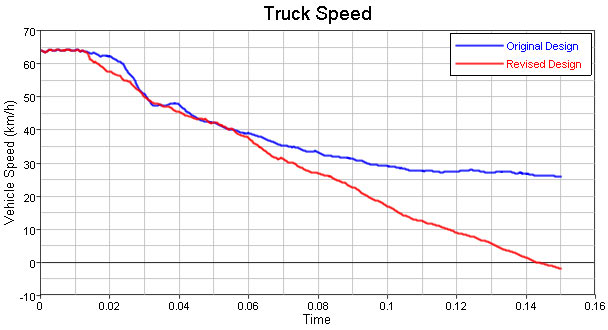 In addition to assessing the performance of the barrier itself, we were also able to provide the client with indicative loads at critical bolt locations, hydraulic cylinder mount locations and contact pressures of the frame against the concrete pit to assist in design of the foundations for the barrier.

We also ran another set of simulations that allowed the barrier structure to crack and break if material strength limits were exceeded. In this case, the barrier model was not detailed enough to simulate the material fracture with a high degree of accuracy, and the material tended to act more brittle than it would in reality. With these understandings in mind, the material fracture effects were included in the model to give a conservative, worst case scenario for the barrier resisting the vehicle impact.

As you can see in the animation above, parts of the barrier did break and come away from the main structure, however the barrier still stopped the truck on the approach side of the step. In reality, the actual results are likely to lie somewhere between the two material models, and with both sets of results showing the truck being stopped by the barrier, the simulation indicates that the revised step design will perform as intended. 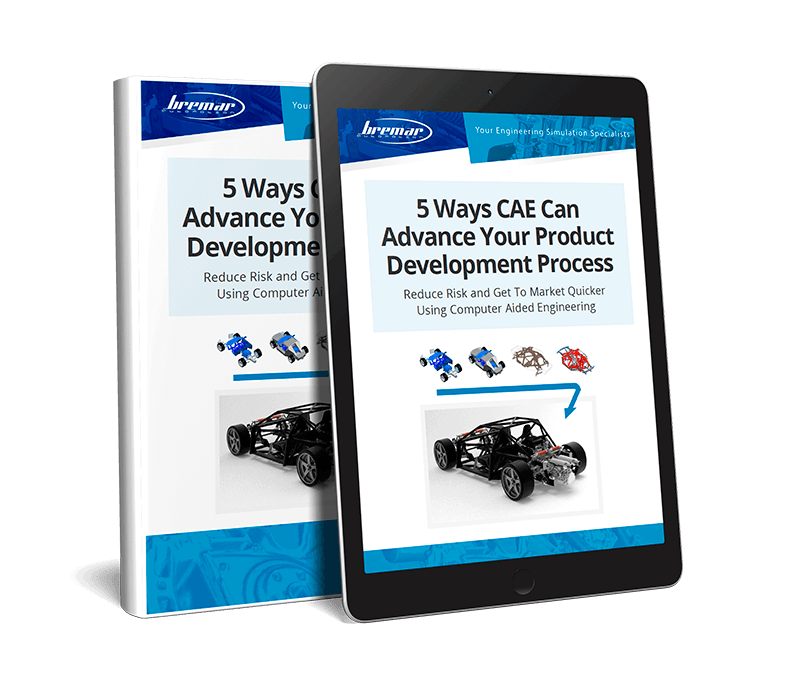